The Oklahoma City Thunder has been nothing but a stop and go destination for players that headline league news today. A team that has been to the Finals once in recent history, many people don’t realize how stacked the Thunder have been. They hit the lottery and had arguably the most impressive three year draft in NBA history (Durant, Westbrook, Harden). Here’s a Booster Blogs edition of “Where Are They Now? OKC Thunder” edition.

Over his three year career with OKC, James Harden started 7 times. It may sound absurd, but this wasn’t the MVP candidate Harden we know today. The year that the stars aligned and the Thunder reached the Finals, the shooting guard averaged 16.8 points, 4.1 rebounds, and 3.7 assists leading their bench unit. However, once the Thunder got embarassed in the Finals, they couldn’t reach an extension agreement with Harden. The offer on the table was a 4-year/$55 million deal. Feeling as he contributed more to the team than the deal was worth, the extension was never reached. So, in exchange for Harden, the Thunder traded him among others to the Houston Rockets in exchange for: Jeremy Lamb, Kevin Martin, two first-round picks, and a second-round pick.

Jeremy Lamb, Kevin Martin are not on the team roster today. One of the first-round picks did turn into Steven Adams, who has been a huge help to Westbrook in today’s age. However, the return they received isn’t the big problem here. The Thunder front office traded Harden well before they had to, without waiting to see if any action was taken regarding the league’s finances. It’s widely debatable that Harden couldn’t have continued to flourish behind Durant and Westbrook, but it’s hard to think the team couldn’t have dominated had he signed an extension.

Another 1st round pick, Jackson was selected 24th overall by the Thunder back in 2011. Reggie took to a slow start in the league, not seeing much play time with Derrick Fisher as the designated secondary guard. However, once Jackson saw more play time, he developed into a great backup for Westbrook. In just his third season in the league, Reggie averaged: 13.1 points, 4.1 assists, and 3.9 rebounds, seeing 36 starting roles. Due to injury, his contribution was much more valued, and he really broke out in 2014-2015. Rumored as a trade piece before the deadline, Jackson was eventually traded to the Jazz in a three team deal. He had expressed interest in a starting role, which he couldn’t obtain in OKC. In exchange for the young guard and others, the Thunder would receive now great sixth man, Enes Kanter. He is certainly a force in their offense today, but you can’t help but wonder if Jackson would have continued to thrive in the system.

Struggling today as a starting point guard for the Detroit Pistons, he is still playing great. However, I find that he may have played more efficient and with more intent under Westbrook in the Western Conference. It eventually would have probably turned into a trainwreck should he have stayed, but you can’t deny that he’s another great player to stay just a short while in OKC.

Ibaka was drafted by OKC as Reggie with the 24th pick of the first round, just in 2008. He immediately became a dominant force in the paint, and an able rebounder. The season the Thunder went to the Finals, Ibaka averaged 9.1 points, 7.5 rebounds and a career-high 3.7 blocks per game. One of the most recent to leave, Ibaka was set to be under contract through 2016-2017, but the Thunder had developed a cluster of big men. In addition, the Thunder weren’t completely sure they would be able to resign the young veteran, so they sent him to the Orlando Magic before the start of this season.

In exchange for Ibaka, Oklahoma received what are now they’re key role players, Victor Oladipo and Domantas Sabonis. Now, Ibaka has been traded once more since departing Oklahoma City. Starting as power forward, he is showing that at 27, he is still just as much a threat in the pit. Averaging: 15.0 points, 6.8 rebounds, and 1.7 blocks per game, the Thunder could certainly use his defense this season.

The start of what would have become a modern day dynasty, Durant was drafted by the Seattle Supersonics with the 2nd overall pick in 2007. He would go on to be one of the best to play on the team in history, along the likes of Ray Allen and Gary Payton. In his rookie season, Durant averaged 20.3 points and 4.4 rebounds a game, and would go on to average a career high of 30.1 in the 2009-2010 season. He would go on to lead the Thunder to the playoffs multiple times, earning the scoring title and MVP award in the 2013-2014 season. However, in a devastating turn of events, the Thunder blew a 3-1 lead to the Golden State Warriors in the Western Conference Finals last season.

After losing to the Warriors in the playoffs, Durant vowed in a post-game interview that they would get them back. Apparently, he meant he would get them back to the Western Conference Finals, as he signed a 2-year/$54-million dollar contract in the following off-season. On the hunt for a championship, most people understand Durant’s move, and acknowledge there was nothing the Thunder could have done to stop him. Today, Durant is thriving with the Warriors, although sitting out currently with injury, averaging: 25.3 points, 8.2 rebounds, 4.8 assists, 1.6 blocks (career-high), and 1.1 steals a game.

Earning honorable mention is shooting guard Dion Waiters. He may have not originated in Oklahoma City, but he stopped by on his road to success. In exchange for a 2015 first-round pick and Lance Thomas, the Thunder received Dion Waiters in a three team deal with the Cavaliers and Knicks. In his first season, he was great, averaging 12.7 points and 2.9 rebounds a game. Waiters soon bottomed out, competing with one-way players for the starting shooting guard position. Following the 2015-2016 season, the Thunder rescined teh qualifying offer on his contract, making him a free agent. 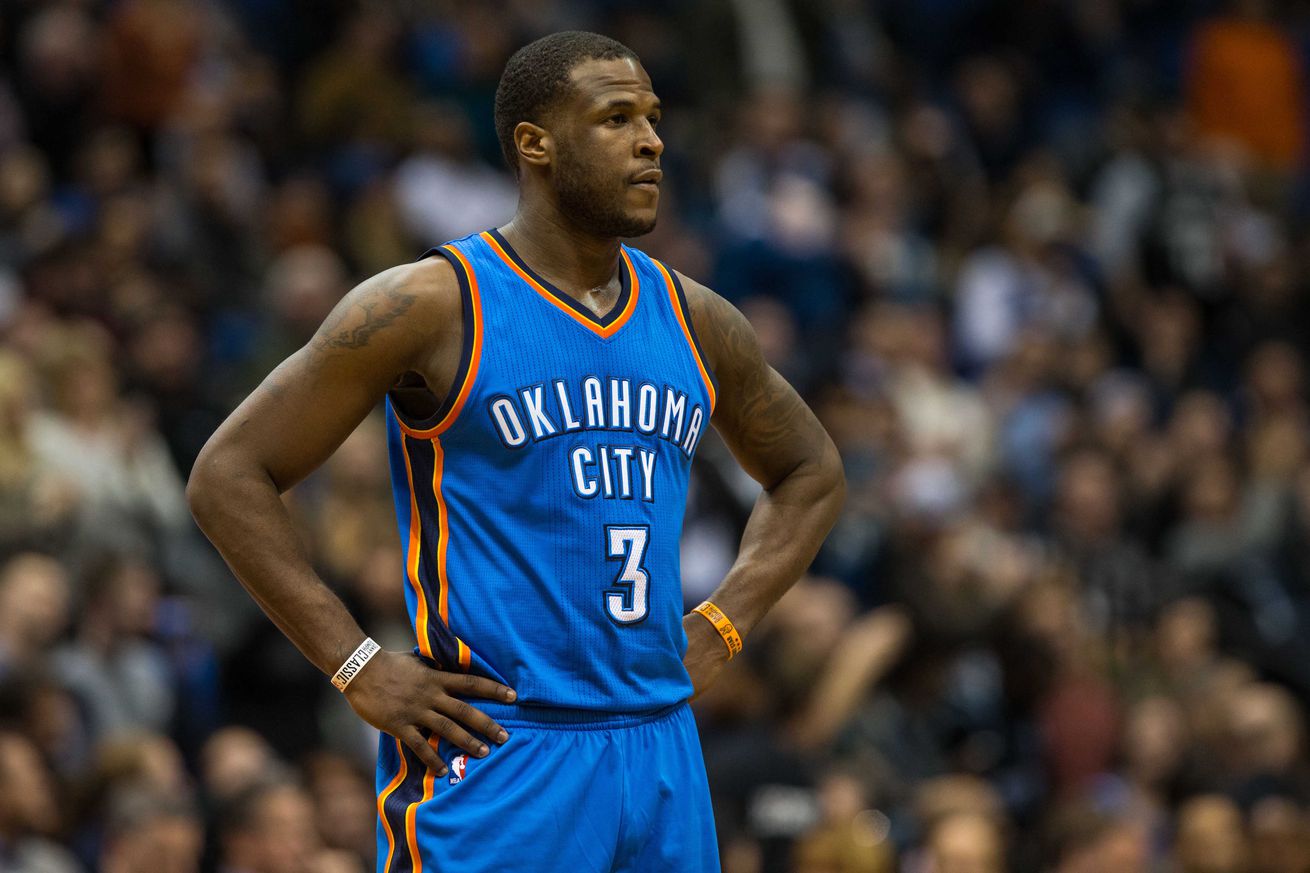 Prior to this season, Dion Waiters signed a 1-year/$2.9 million deal with the Miami Heat, who were looking to replace Dwayne Wade. Fans around the league scoffed at the Miami deal, as Waiters had gained a credible reputation as someone to play when your team was down by 25. However, it appears the Miami may have gotten the steal off the off-season, as Waiters has helped lead the team on an incredible comeback season. He has completely quited critics, and hit nearly 5 incredible game winners or daggers. From 11-30, the Heat have climbed back into the 8th seed, with a 33-35 record. Waiters has been phenoemenal, averaging 16.1 points, 4.4 assists, on 40% shooting from behind the arc.

Oklahoma has certainly seen some talent come and go in the recent years. All five players listed, currently hold starting positions and are contributing strongly for their teams. It’s outrageous to think that the Thunder could have maintained all their contracts and agents happy, but it is definitely interesting when you think about all the talent they have held. A super team that could never be, don’t doubt the scouting ability behind the Oklahoma City front office.